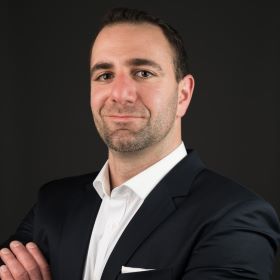 Kayvon is a senior operational leader in global manufacturing and product development, including Class III medical devices and nanotechnology. Focusing on engineering leadership, his accomplishments include global product transfer of TAVR heart valves, process scale-up of ambitious start-up technologies, and strategic initiatives for product advancement.  In his most recent role as an Engineering Manager with Boston Scientific’s Structural Heart Division, Kayvon built an operational center-of-excellence team which cultivated synergy in European and Asian expansions.

Prior to joining Boston Scientific, Kayvon worked with multiple early-stage start-ups to bring new thin-film technologies to product realization. He holds a Master’s degree in Chemical Engineering from San Jose State University and a Bachelor’s degree in the same field from the University of California, Davis. Outside of work, Kayvon enjoys an active lifestyle and eating ice cream.

We use cookies to improve your experience and analyze website traffic to improve our website's performance. By continuing to the site, you consent to store on your device all the technologies required for this task. See our Privacy Policy for full details. Ok
Go to Top